It was the motto of the 3rd  International Conference on Internet Science-2016, which was attended by members of the LINIS. September 12-14 in Florence, scientists, practitioners and politicians from around the world came together to discuss socially important problems and their solutions.

The conference aims to foster a dialogue between scientists, practitioners and government in the implementation of social and civic initiatives. At the University of Florence, organizers brought together the interdisciplinary team of experts in the field of computer science, sociology, mathematics, physics, economics, politics, epistemology. It is expected that the meeting of practitioners-developers of technical and mathematical solutions with policy makers will contribute to the effective collaboration and implementation of various initiatives.

At conference were presented the projects of different scales: for example, bracelet-sensor that detects the level of air pollution and load values of indicators of pollution in cloud-storage services or the application for  improving the economic literacy of the population.

Sergey and Olesya Koltsova pointed out in their report, that the implementation of such tasks requires good and stable tools. Their presentation focused on the method of topic modeling and different mathematical solutions, which would produce reliable and stable results. Their report also included in the proceedings of this conference, produced in series of Springer.

Another significant result of the trip to Florence was a collaboration between the conference organizers and the Laboratory. Past conferences were held entirely under the auspices of the European Union; with regard to the next conference in 2018, it was received an offer to take it to St. Petersburg. 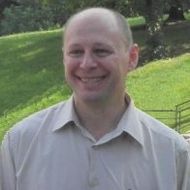 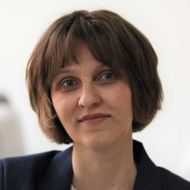